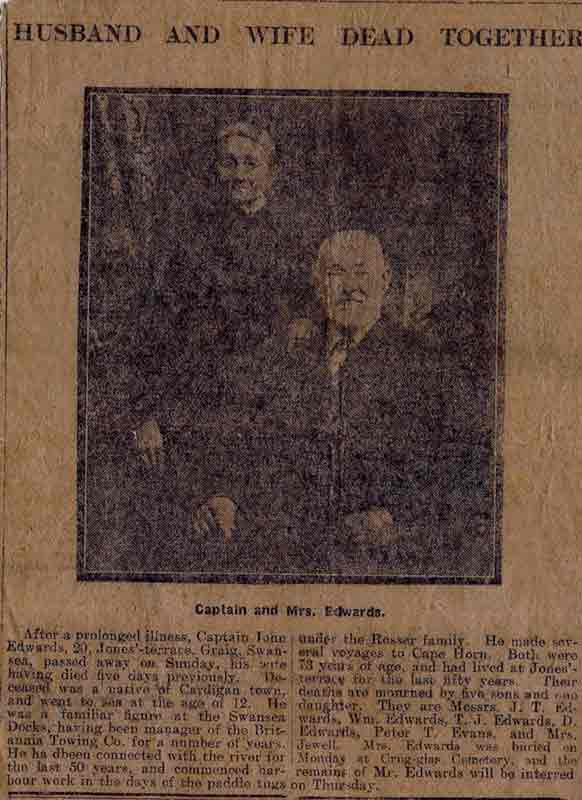 A Report from a Swansea Newspaper

The deaths and funeral of Captain John Edwards and his wife, who died within days of one another.

Born in Cardigan Wales and moved to Swansea probably around 1861.

John sailed on the copper barques to Chile via Cape Horn. Eventually ending up as an A.B. on a local tug owned by Peter Whiteside. He continued to work on tugs owned by John Rosser and then moved to the Britannia Towing Company of Swansea. Attaining the rank of Master and finally Manager

Some of Captain Edwards sea career can be viewed by going to the home page and searching the database.

Return to Other Mariners