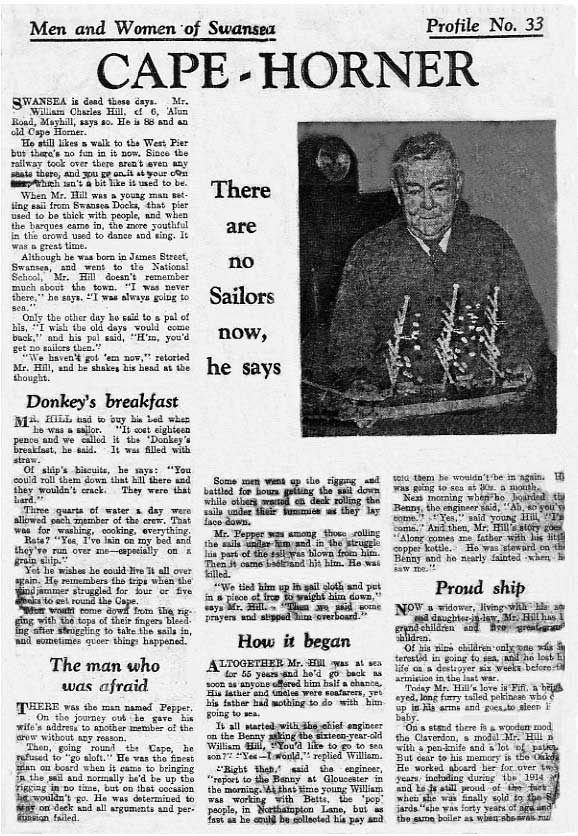 A Report from a Swansea Newspaper

In 1851 the family home was at 25 ship row on a hill overlooking Aberdeen harbour. Charles was at
Robert Gordon School.

He went so sea soon after his father's death in 1857. Charles was shipwrecked off Port Eynon Gower Wales and taken in by the local Jones family. He later married Miss Jane Jones at St.Mary's Swansea on the 20th November 1866. The family home was now 21 James Street Swansea. He died in Swansea and was buried in Danygraig Cemetry on the 2nd December 1906. he had four sons, William a well known Cape Horner,
John awarded a silver medal for gallantry in rescuing sailors in the Atlantic. James who only made a few voyages as a stoker or fireman and Thomas who did not go to sea. Charles' inlaws, Jones's William, John and Phillip were all Swansea Mariners.

Mr Hill's sea career can be viewed by going to the home page and searching the database.

Return to Other Mariners